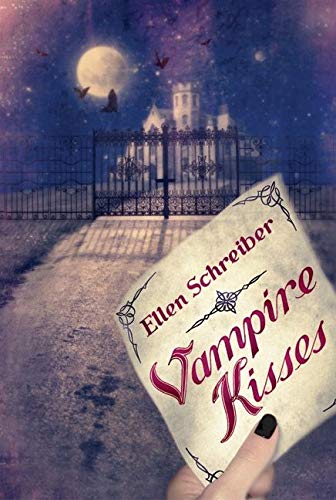 Readers don't have to share goth girl Raven's passion for vampire lore to appreciate her misadventures in Dullsville, a town "bigger than a cave, but small enough to feel claustrophobic." Growing up with her brother, Nerd Boy, and ex-hippie parents now bent on climbing the corporate ladder, 16-year-old Raven has always been a misfit. Alternately tormented and chased by popular soccer player Trevor Mitchell, Raven fears she will never meet a true soul mate. Then some ghostly pale Romanians move into a nearby abandoned mansion. While rumors regarding the new family's vampire tendencies fly around town, Raven becomes enamored with the hauntingly handsome son, Alexander Sterling, who rarely ventures from his attic bedroom. Some second-rate sleuthing around the mansion gets Raven in trouble but also wins her a date with the youth she rapturously calls "Gothic Guy, Gothic Mate, Gothic Prince." As in her , Schreiber adds some refreshing twists to genre archetypes and modern-day stereotypes. Raven's ill-fated flirtation will bring more laughs than heartache, and if the ending is a bit rushed, elsewhere the comic timing is dead-on. Ages 12-up.