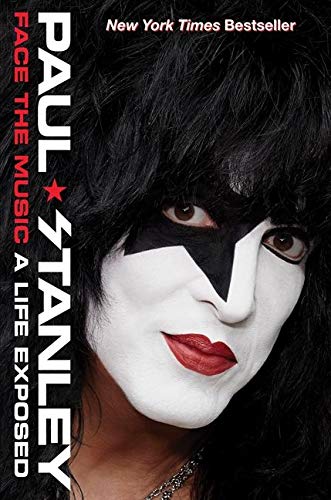 Face The Music: A Life Exposed

Born with an ear deformity called microtia—a condition in which cartilage on the outer ear fails to from properly—which left him with an ugly stump on the right side of his head, Stanley, co-founder and lead singer of KISS, faced ridicule and taunts from classmates and found little sympathy or affection from his unhappy family. By the time he was 12, the Beatles blew into his world on the Ed Sullivan Show, and he discovered rock and roll; he eventually picked up a guitar, joined a band, and music eventually became his refuge. Elegantly and thoughtfully, Stanley takes us behind the mask of Starchild, his KISS persona, and shares intimately his own insecurities about his physical appearance and his emotional life. Along the way, he chronicles the meteoric rise of KISS—he and Gene Klein, who changes his last name to Simmons, just as Stanley Eisen becomes Paul Stanley, start playing in a band in high school—in the 1970s, their difficulties, and their eventual fall from fame. Throughout the glory years, Stanley remains lonely and feels like an outsider off stage. In 1998, his starring role in the Phantom of the Opera dramatically prompts Stanley to face himself: “Why had I let my birth defect keep me from sharing myself with people, from embracing people—from embracing the fullness of life?” He starts working with children with facial deformities in an organization called About Face, and here he movingly shares the lessons he’s learned: “It’s not about being perfect, being normal, or seeking approval; it’s about being forgiving of imperfection, being generous to all sorts of people, and giving approval.” (Apr.)
close
Details