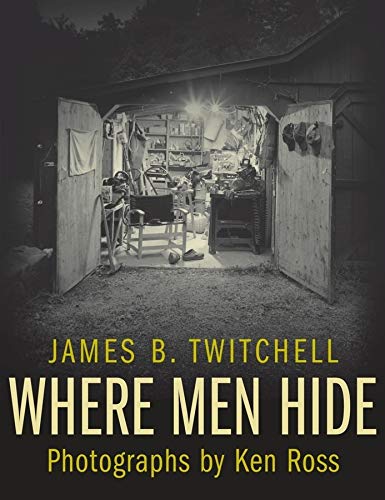 The author of and takes a vacation from consumer culture to explore male spaces, from the recliner to the boxing ring, with photographer Ross. An affable guide, Twitchell mourns the demise of the men-only barbershop, puzzles over the "dreariness" of male lairs and wanders into the cross-cultural history of deer hunting. His vivid personal accounts of, say, his fascination with Saddam Hussein's spider hole breathe life into what could have been a fusty set of clichés. Twitchell dissects Ross's photos of male insularity and advertisements reassuring men they can get away from it all. But in the end the book arrives at the obvious conclusion: men make their own spaces for good or ill, and these spaces are changing. He also falls into sweeping generalization ("Women go to convents to do good work. Men go to monasteries to get away from women"). Still, he is that rare thing in cultural studies, a raconteur, and his generalizations are sometimes thought provoking, as when he discusses why men-only groups are a selling point of megachurches. For men who like to think about manhood—but not too hard—and women who are wondering what the attraction is of that grimy garage, Twitchell makes an entertaining companion.