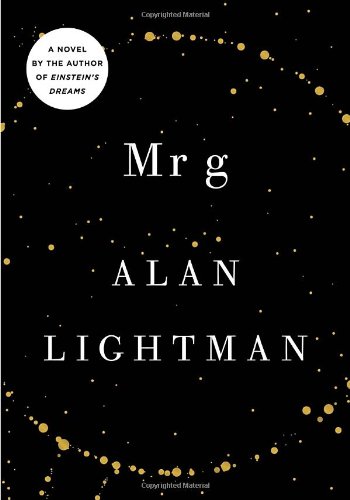 Mr. g: A Novel About the Creation

Physicist and author Lightman (Einstein’s Dreams) offers another rumination in the form of a touching, imaginative rendition of God’s creation of the universe. Bored with the Void, his bickersome Aunt Penelope and tenderhearted Uncle Deva his only companions through Nothingness, the genius Nephew casts about in his infinite imagination for change, form, and meaning. Seized by an idea, he creates time—past, present, and future—suddenly injecting structure and motion into the “endless sleep” they’d heretofore inhabited. From time follows space and energy, the creation of universes, one of which Nephew favors, calling it Aalam-104729 (after “the ten thousandth prime number in base ten”), endowing it with laws of symmetry, relativity, and causality, and filling it with matter, so that it begins to develop life. Aunt and uncle are thrilled with their new plaything, yet the contrarian Belhor urges God to let the animate creatures have free will, thereby permitting great suffering among them, but also joy. While Belhor insists that the creatures live mean, insignificant lives, and that good and evil are relative but necessary, God sees a grandeur and beauty in their individuality. Above all, the immortal characters are changed by their brush with the enterprising, however doomed, mortals, bringing this elucidating treatment of quantum physics to an affecting, hopeful conclusion. (Jan.)
close
Details