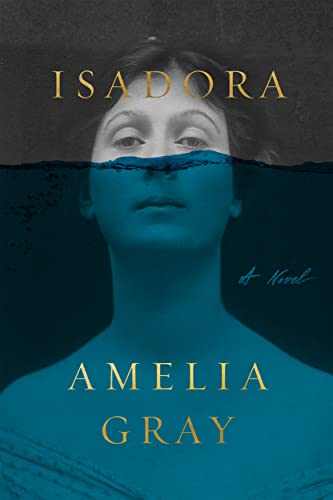 Gray follows her powerful 2015 short story collection Gutshot with an uneven novel about dancer and choreographer Isadora Duncan. In 1913, at the peak of her career, Duncan’s children, six-year-old Deirdre and toddler Patrick, drown in the Seine when the car in which she has sent them home from a restaurant lunch plunges into the river. To assuage her grief and guilt—and avoid a clamoring public—Duncan, the children’s ashes in tow, departs Paris for Corfu, Turkey, Albania, and the Italian port of Viareggio. As she battles physical illness and mental collapse, she spends time with her brothers Augustin and Raymond; her sister, Elizabeth, who runs a school in Darmstadt based on Isadora’s methods; and legendary actress Eleonora Duse, among others. By the time she returns to France to dance again, she is forever changed, if not fully healed. Gray’s striking, sensual language is perfectly suited to her visionary protagonist, and the novel shimmers with memorable prose. But a surfeit of mundane moments narrated in the perspectives of secondary characters (including Elizabeth, her lover Max Merz, and Duncan’s lover, sewing machine heir Paris Singer) blunts its emotional power. Gray’s 2012 novel, Threats, used similarly brief, disjunctive segments to build toward a compelling whole; in contrast, Isadora spreads its attention too thin to fully capitalize on any of its narrative’s—or its author’s—rich possibilities. [em](May) [/em]
close
Details