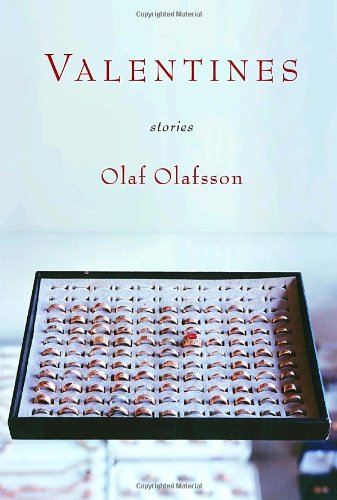 Icelandic émigré novelist Olafsson ( ) offers a grim look at chilled middle-aged marriage in 12 stories titled after the months of the year. Olafsson delivers the basic facts of a situation or marriage in a monotonous, uninflected prose that is, in its portentous flatness, utterly compelling. His characters, most hailing from Icelandic stock and thoroughly assimilated into American life, suffer from severely impacted emotion that threatens, when gently triggered, to spew volcanically. Tomas, the bland, typically diffident protagonist of "January," contacts his former live-in girlfriend after 10 years during an overnight flight delay in New York, finding to his shock and dismay that Maureen is sick and probably dying. While he might make amends for his previous emotional cowardice, his instinct is to flee. In "June," a controlling father's disappointment at his daughter's marriage to a gutless American doctor (rather than a firm, outdoorsy Icelander) leads to a weirdly Freudian set of maneuverings by both father and son-in-law. And in several pieces, an old, undisclosed affair resurfaces after decades to haunt a marriage, leading one wife ("August") to mutter upon her husband's revelations of early unfaithfulness: "It was all built on sand." Olafsson's Nordic realism à la Bergman holds a ghastly fascination.