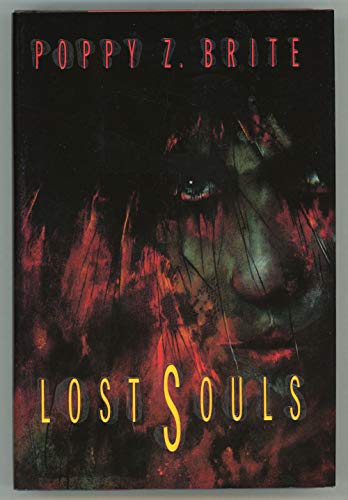 Launching the Abyss imprint for Delacorte, this stylishly written, daringly provocative first novel plays on the appeal of vampires as romantic antiheroes. Three bloodsuckers who might pass for rock stars roll into New Orleans for Mardi Gras and then disappear again, but only after their handsome leader, Zillah, has impregnated an adolescent girl. Fifteen years later, their offspring, who calls himself Nothing, is living with adoptive parents in the suburbs and wondering, like many other teenagers, why he feels so different. In this case the answer is that he's really a vampire, a fact he discovers when he runs away from home and meets up with none other than Zillah, accompanied by sidekicks Molochai and Twig. Together they seek out Nothing's favorite band, Lost Souls, for an explosive meeting that leads to a bloody, somewhat overdone climax back in New Orleans. Brite creates a convincing, evocative atmosphere in which youthful alienation meets gothic horror, but her prose sometimes turns purplish (for example, both sperm and the liqueur Chartreuse are likened to altars). More regrettably, the story lacks a moral center: neither terrifyingly malevolent supernatural creatures nor (like Anne Rice's protagonists) tortured souls torn between good and evil, these vampires simply add blood-drinking to the amoral panoply of drug abuse, problem drinking and empty sex practiced by their human counterparts. Rather than horror, Lost Souls prompts disgust mixed with morbid titillation, but it will surely be devoured by genre aficionados. BOMC featured alternate. (Nov.)
close
Details