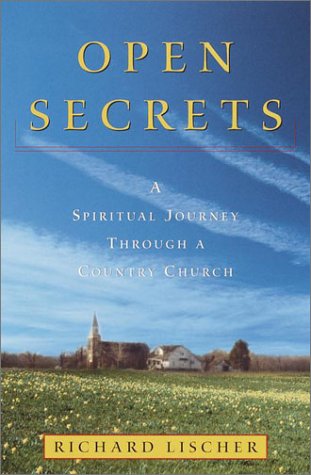 OPEN SECRETS: A Spiritual Journey Through a Country Church

This memoir explores themes of secrecy and privacy as Lischer tells two stories. The first chronicles his childhood and peculiar, sectarian preparation for Lutheran ministry that began when he was sent from his suburban St. Louis home to a Milwaukee boarding school at age 14. The second takes up years later, in 1970, when, with a newly minted University of London Ph.D., he accepted his first call to ministry in a troubled farming community in southern Illinois. Throughout, Lischer suggests that secrets need to be told and that "privacy is a smoke screen for a therapeutic model of ministry." Lischer's project involves the airing of these problems, whether he is unveiling the nihilism of his fellow seminarians or sordid and painful events in the lives of his parishioners. While his portraits of these events and people are masterfully drawn, Lischer's tendency to make himself the hero of his narratives (despite earnest attempts at self-deprecation) grows tiresome. Moreover, his willingness to vividly recount every humiliating detail of his parishioners' bouts with sexual sin, domestic violence and mental illness seems exploitative, especially when compared to his quick, vague, tidily resolved summary of his own marital problems at that time. Despite these flaws, Lischer's book is satisfying and worthwhile. Not only does he write beautifully, but he also tells the unvarnished truth about both tragedy and redemption in a Christian community.