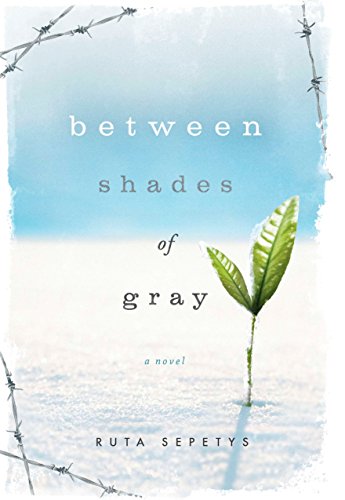 Between Shades of Gray

Through the pained yet resilient narration of 15-year-old Lina, a gifted artist, this taut first novel tells the story of Lithuanians deported and sent to Siberian work camps by Stalin during WWII. From the start, Sepetys makes extensive use of foreshadowing to foster a palpable sense of danger, as soldiers wrench Lina's family from their home. The narrative skillfully conveys the deprivation and brutality of conditions, especially the cramped train ride, unrelenting hunger, fears about family members' safety, impossible choices, punishing weather, and constant threats facing Lina, her mother, and her younger brother. Flashbacks, triggered like blasts of memory by words and events, reveal Lina's life before and lay groundwork for the coming removal. Lina's romance with fellow captive Andrius builds slowly and believably, balancing some of the horror. A harrowing page-turner, made all the more so for its basis in historical fact, the novel illuminates the persecution suffered by Stalin's victims (20 million were killed), while presenting memorable characters who retain their will to survive even after more than a decade in exile. Ages 12–up. (Mar.)
close
Details