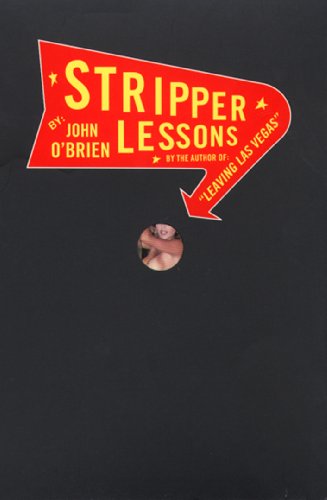 When the author of Leaving Las Vegas died in 1994, he left three books in various stages of completion. One, The Assault on Tony's, was published last year. In this second novel, O'Brien gives us another portrait of a loner, essentially a man with no story. He covers a week in the life of Carroll--a file clerk at a law firm who is single, middle-aged, friendless and obsessed with the strippers at Indiscretions, where he passes his nights. Unfortunately, the plot is narrow and, like Carroll, never really goes anywhere. That this is probably what O'Brien intended to convey doesn't make the novel any more entertaining. The narrative remains mired in the fact that Carroll remains mired in himself. He does reach out, awkwardly and painfully, to Stevie, one of the strippers, because he thinks she's an angel--""a window to a nicer place."" But nothing comes of that attempt. O'Brien provides a detailed description of the ritualized behavior of strip clubs, but the best scenes are those that center around Carroll's office, where the clerk's paranoia reaches a crescendo as he searches for a missing file that becomes emblematic of his life. His past history never comes into play, however. He's an everyman, the lonely, defeated, solopsistic little guy. One keeps reading in the hope that he will do something to break the monotony of his life, but when the climax finally comes it's a tremor rather than an earthquake. (July) FYI: Grove/Atlantic will publish O'Brien's third posthumous work, as yet untitled, at some future date.
close
Details