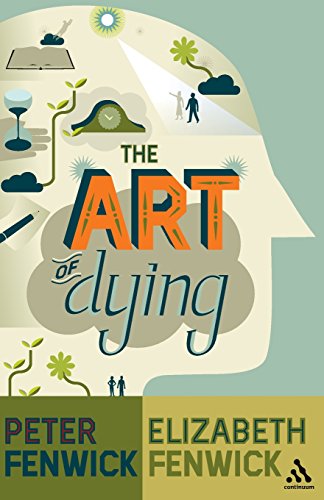 The Art of Dying: A Journey to Elsewhere

Deathbed visions and coincidences are often classified as supernatural phenomena and the stuff of bad late-night television. But do such classifications do a disservice to the experiences of the dying and the bereaved? Through lengthy oral histories of eerie telepathic and paranormal phenomena, this book attempts to strip away the stigma from analyzing the inexplicable—yet commonly reported—odd incidences that accompany death—the “feeling of unease,” the visit from the dying. The authors argue that these reported experiences must be studied, even if they deviate from conventional understanding of the “real” or “normal.” What if our minds were wired in a way that has not yet been documented by science? What if hospice workers were more open to the experiences of the dying? Although the Fenwicks' exuberance frequently feels naïve, the scores of testimonies—as well as Peter Fenwick's renown as a neuropsychiatrist—do lend their queries credibility. Ultimately, the authors demonstrate that it may be immaterial if these stories are scientifically plausible since merely documenting these incidences can heighten our understanding of the mind during death and enhance our ability to comfort the dying and their families.