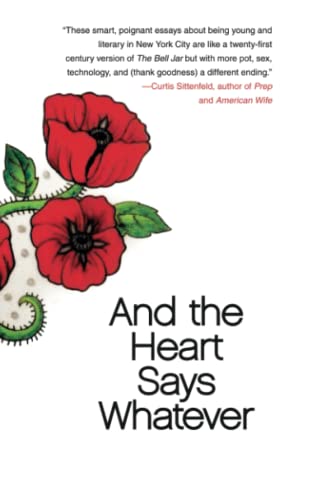 And the Heart Says Whatever

On the strength of an exposé she wrote for the two years ago about her experience working at Gawker.com, Gould, hailing from Silver Spring, Md., and now in her late 20s, delivers a series of 11 insipid essays about her uninspired youth and general lack of motivation or talent for various jobs she took after moving to New York City. The writing seems intentionally bland, as if Gould is attempting to be blasé. At age 17, as she describes in “Flower,” she and her suburban friends listened to Liz Phair because the singer “gave us permission to do stupid things and consider them adventures”; in Gould's case, she “deflowered” a 14-year-old boy from the swim team, knowing her boyfriend would hear about it. She doesn't get into “the artsiest Ivy” as per plan (“I was neither smart nor exceptional”), but attends her “safe” (unvisited) choice, Kenyon, from which she drops out and moves to New York. Among other gigs, she works as a waitress for a sad-sack music bar and as a receptionist for a large, commercial publishing house (“I felt silly for being shocked by the quality of what made it through”). At Gawker, she became practiced at “scanning a room or a page and isolating the appropriate things to hate.” Desultory anecdotes of breakup and dating ensue, leaving the reader more confounded than moved.