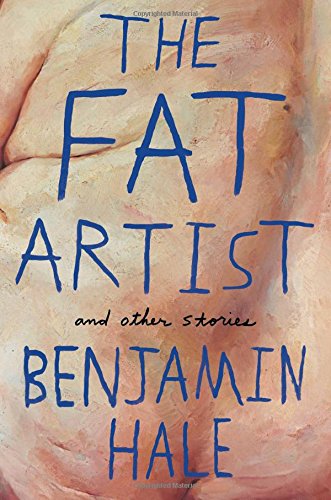 Plunging into the seven stories in Hale's (The Evolution of Bruno Littlemore) first collection is like putting a finger into somebody else's navel: something rank and organic and awfully familiar is there. Hale's well-hewn, often violent tales are saturated with sadness and full of strange, marginal folk, but the thoughts, desires, and failures of these oddball characters are acutely recognizable. In "Don't Worry Baby," washed-up radicals troll the world, still tripping even with a baby in tow. In "If I Had Possession Over Judgment Day," several sweet losers—young, middle-aged, and old alike—attempt murder and flee the scene, one naked and painted silver. There are stories featuring drag queens, a dominatrix, a father who cracks the skull of his drugged-out kid with a rolling pin, a man who drives a truck full of eels into a cow, and the obese performance artist of the book's title, who eats himself to death. Hale's hapless souls are pretty much all pathetic, but the reader comes away grateful for the sincerity of their melancholy quests to find meaning, love, and the purposes of their ill-fated lives. They mostly fail, some tragically, but not before leaving behind tidbits of wisdom about what it means to be human. This book is at once absurd, morbid, melancholy, ridiculous, and disturbing. It is also erudite and very nearly pretentious, all of which, for like-minded skeptics, pretty much sums up American life around the turn of the 21st century. Agent: Brian DeFiore, DeFiore and Company. (May)
close
Details