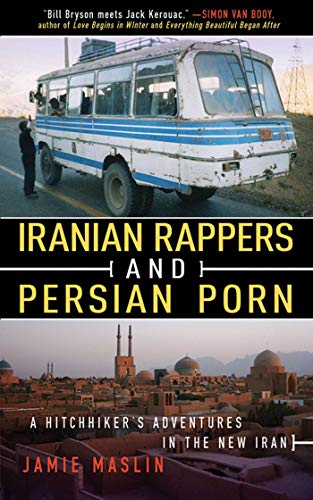 Like a postcard home, Maslin's debut entertains but doesn't inform. The author went to Iran against the better advice of nearly everyone he knew and discovered a country full of hospitable people who seem to want nothing more than to get him another cup of tea. “I almost felt surprised,” he writes, “that the sun was still shining on this side of the border,” and it's with obvious delight that he discovers cultural peculiarities: two types of knockers on the doors in the city of Yazd, for instance (one to announce a male visitor, the other for females), or the ongoing use of the qanat, a 3,000-year-old irrigation system (though he's somewhat less enamored of the deep-seated Iranian affection for Irish singer Chris de Burgh). Unfortunately, Maslin's narration is awkward, and while he does provide background information, he doesn't provide sources, leaving the reader to wonder if the occasional small inaccuracy is just that or signifies a larger problem. This book is best read for its surprising snapshots of a culture largely misunderstood in the West; hard facts and analysis are better sought elsewhere.