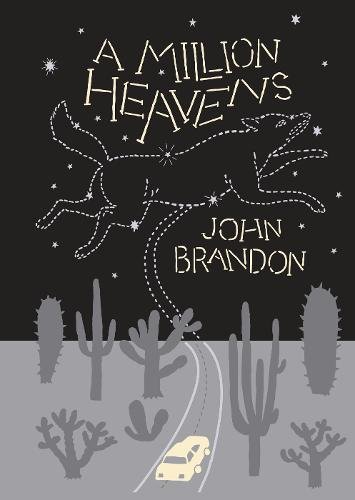 Brandon explores strange territory in his third novel (after Citrus County), artfully braiding the narratives of several souls wandering the desert around Lofte, N.Mex. A college girl named Cecelia, who “felt off the grid, away from herself even,” begins hearing songs she suspects her dead band mate Reggie is sending from the great beyond. At night, she holds vigil with strangers beneath the hospital window of Soren, a young boy who, during his first piano lesson, had played an impromptu masterpiece heretofore unheard, and then had fallen into a sudden coma. His father sits patiently by his bed, awaiting his awakening. A wolf, hungry for knowledge and losing its instinct, slows his nightly rounds to listen beneath Cecelia’s window as she channels Reggie’s songs. Even in death, Reggie holds a vigil of sorts where musical instruments are provided, but reasons for his life and death are not. Though Brandon occasionally verges on cloying fabulism, he deftly renders a desert wilderness where human hearts are compelled to seek isolation from the pains of the world, but tend to find connectedness despite themselves. Agent: Amy Williams, McCormick & Williams. (July 24)
close
Details