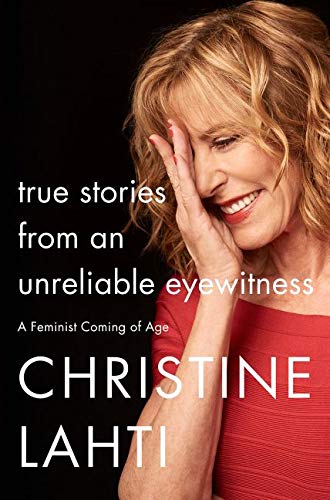 True Stories from an Unreliable Eyewitness: A Feminist Coming of Age

Actress and director Lahti (Swing Shift; Law & Order, etc.) presents an intimate, conversational collection of essays describing her childhood in an affluent Michigan suburb, her development as an actress, and her experiences as a mother of three married for 34 years. One of six children born to a surgeon father and housewife mother, Lahti describes herself as outgoing, bossy, and a bit of a drama queen. Determined to succeed as an actress, she moved to Manhattan after college and doggedly pursued her dream, starting out miming in Central Park, shooting commercials, and eventually landing a series of enviable film and TV roles despite her early encounters with naysayers who insisted she would never make it without compromising her values (that is, sleeping with directors). A self-described feminist, Lahti fights back against chauvinists and limiting beliefs, and does not hesitate to use the F word when crossed. Lahti writes with ease and authenticity about motherhood, coparenting, and acting, humorously describing the perils of sex scenes (she imagines gazing into the eyes of a beloved pet instead of an undesirable co-star). Her essays cover a range of topics—from such somber subjects as her strained relationship with her father and her sister’s suicide to the joys and challenges of raising kids. Lahti’s timely chronicle of aging wisely, gracefully, and with self-respect will resonate with many readers. (Apr.)
close
Details