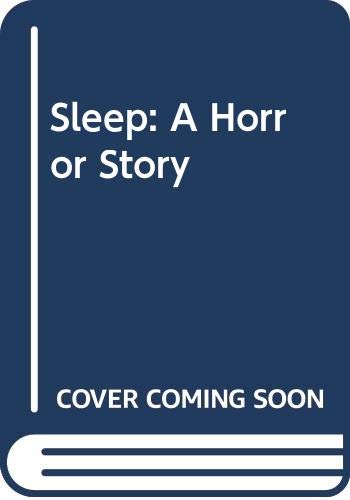 Fearless photojournalist Matt Wicker earned a Pulitzer Prize for his daring picture of a firefighter engulfed by a wall of flame. Bad dreams rarely frighten Matt, until he finds himself ruled by Sleep, a demon within that releases a deeply buried blood thirst. When Sleep takes over, Matt never knows where he will awakenzipped into a body bag on the way to the morgue, staring at the torn, red-stained body of a rat, or standing next to a burning house (his own), a blaze set to cover the attempted murder of his girlfriend. Matt's gruff boss insists that he take the problem to Nora Summerland, a clinician who treats sleep disorders. She undercovers other reports of such possession, in each case finding that the incubus forced its unwilling host to kill. While Nora searches doggedly for a cure, Matt's destructive actions, and those of a 15-year-old victim in Nora's care, escalate in a terrifying manner. Biedenstadt (The Eye of the Mind) catalogs the monster's bloodthirsty demand in gory detail. Too often, though, Sleep resembles a spoiled child kicking up a tantrum, not the stuff of which lingering nightmares are made. January 27
close
Details