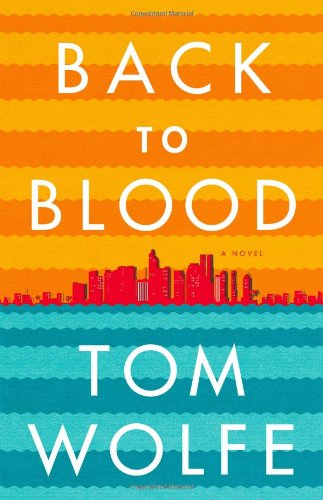 Two hundred pages into Wolfe's frantic potboiler about Miami's melting pot, a description of City Hall reminds readers of the vivid detail that made Wolfe (The Bonfire of the Vanities) a literary icon. Yet despite flashes of "the right stuff", his latest novel comprises not an exposé of popular culture so much as a lurid compendium of clichés. The prologue features a scandal-fearing newspaper editor fretting as his wife tries to park her mini-hybrid at a trendy restaurant, but the action begins with marine patrolman Nestor Camacho speeding across Biscayne Bay. Unfortunately, his moment of glory dissolves into humiliation when he is condemned for arresting, after saving, a Cuban refugee. Resolute in pressing on, a bewildered Nestor works with reporter John Smith to unravel fraud at the city's new art museum and uncover the truth behind an incident of school violence. In the process, he meets elegant Haitian beauty Ghislaine, whose professor father desperately hopes she'll "pass" for white. African Americans, Russian émigrés, and Jewish retirees also appear: ethnic groups separated by language, tribe, and class; linked together by sex, money, and real estate. Filling his prose with sound effects, foreign phrases, accented English, and slang, Wolfe creates his own Miami sound machine—noisy, chaotic, infused with tropical rhythms, and fueled by the American dream. The result is a book louder than it is deep; more sensational than it is thought provoking; less like Wolfe at his best, more like tabloid headlines recast as fiction. (Oct. 23)
close
Details