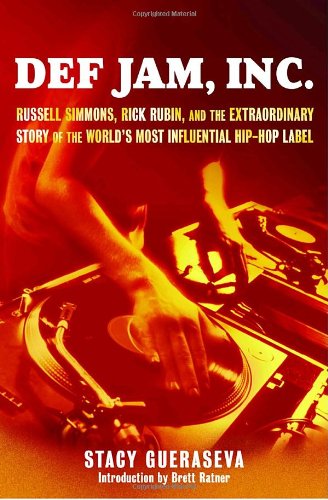 Hip-hop devotee and expert Gueraseva writes about one of the genre's most important labels with an insightful combination of doting love and cold, hard reality. Her chronicle of Def Jam, which was started in 1984 by NYU roommates Rick Rubin and Russell Simmons with $5,000 and became a multibillion-dollar phenomenon, covers the art and personalities of the Beastie Boys, Public Enemy, Jay Z and others. Gueraseva portrays Rubin as a rebel and Simmons (whose brother was in RUN-DMC) as a skillful deal maker. Early on, the label signed such talent as LL Cool J and Slick Rick. Along with a gallery of triumphs—the Beastie Boys' "Brass Monkey," Nice & Smooth's "Sometimes I Rhyme Slow"—came occasional failures, such as the 1988 film , which critics called "vile, vicious, despicable, stupid, sexist, racist and horrendously made." The story builds forcefully after a article pronounces Rubin "the king of rap," a title widely seen as underrating Simmons, and the first major crack appears in a partnership that eventually collapses. Though often grim, this is an inspiring study of visionaries who found success beyond their wildest dreams. Photos.