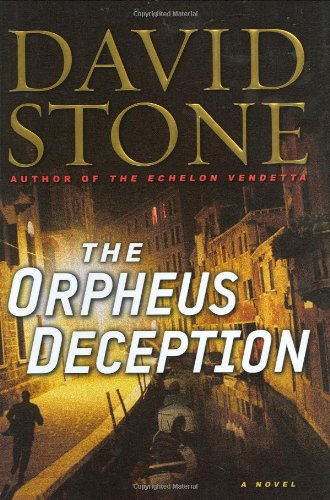 Readers hungry for sex, bloody action and flag-waving patriotism will best appreciate this sequel to Stone's debut, , which likewise starred CIA agent Micah Dalton. The disparate elements of this testosterone-fueled thriller gradually come together, including a stabbing in Venice; the hijacking of a freighter in the South China Sea; a rogue SAS (Special Air Service) agent, Ray Fyke, imprisoned in Singapore's notorious Changi prison; and a Serbian mafia leader with grandiose ambitions. Each piece of the puzzle carries its own carnage and enough international intrigue to effectively make Dalton and his putative allies the only ones who can salvage the situation. Stone handles with aplomb such details as weapons technology, bureaucratic bumbling and ship navigation in treacherous seas, then tests the limits of human endurance with his heroes Dalton and Fyke. Though the plot hangs together well enough, the resolution takes a gigantic suspension of disbelief and leads to a less than satisfying denouement.