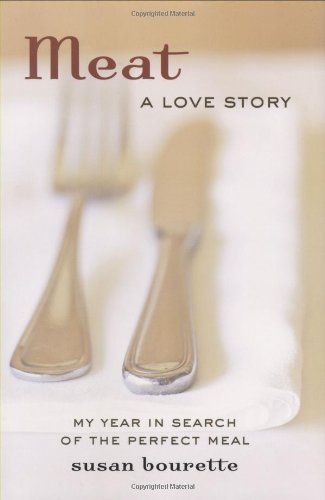 “Meat is the new black,” declares Toronto-based journalist Bourette at the onset. She became a vegetarian after having once worked four days at a meatpacking plant for less than $10 an hour before disclosing herself as a reporter. Vegetarianism lasted less than six weeks before she resolved to find meat she felt good about eating. Her quest comprises the narrative's bulk and takes her from an old-fashioned Greenwich Village meat-shop butchering tutorial to the Inupiat whale blubber harvest. In Alaska, Bourette fathoms the relationship between meat and its provenance, and teases that out in subsequent chapters describing such topics as the workings of a Texas cattle ranch and moose-hunting season in Newfoundland. Throughout, she covers the broader subject of meat, including the history of American beef and its subcultures and controversies such as the impact of agribusiness and climate change on ranchers. The narrative moves swiftly and broadly at the gain of historical and cultural perspective but at the expense of well-thought-out conclusions and scene development so that the actual experience of eating meat often gets the shortest shrift.