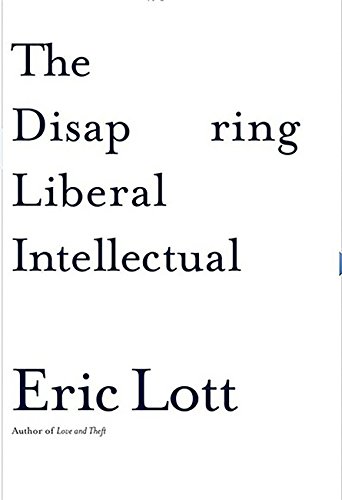 A gutsy salvo against the neoliberal intellectual establishment, Lott's manifesto will probably go down in scholarly circles as a benchmark text for sheer deconstructive virulence. Aiming indiscriminately at "boomer liberals," the "color-blind club," the "Old Boy's Left" and "cosmopolitan-nationalists," University of Virginia professor Lott ( ) rails against liberal intellectuals who don't embrace contemporary identity politics. In Lott's view, such intellectuals (from Arthur Schlesinger Jr. to Todd Gitlin) are, at best, guilty of a "weak Ellisonianism"; most, however, are "squeamish," ineffectual sellouts. Lott devotes nearly an entire chapter to Michael Lind, whose intellect he clearly admires. Yet, he says, Lind's dismissal of "cultural" politics and adherence to "strategic essentialism" make him "a throwback in visionary's clothes." Lott provides little more than a snapshot of some thinkers from the "vital center"; his work is more academic showpiece than serious survey of the challenges confronting the left. "Highlighting the contradictions between pluralist and cosmopolitan allegiances obscured by the multicultural umbrella," he observes, "Hollinger rejects what Sollors has termed the 'pure pluralism' of ethnic and black studies, substituting cosmopolitanism for a multiculturalism he regards as something like a superseded step between an oblivious universalism and an enlightened hybridism." Such dense writing decrees that Lott's book will have little resonance outside academe.