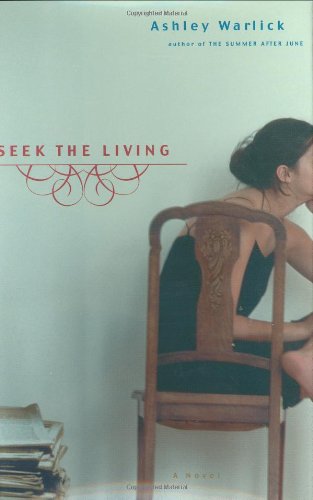 Infinitesimal epiphanies are the best thing about Warlick's third novel (after 200o's ), narrated by 33-year-old Joan Patee, an archivist who longs for a baby and whose husband, Marshall, is perpetually away on business. Told in the present tense, the novel favors lyricism over solid dialogue and character development—though, halfway in, this almost doesn't matter because Warlick's string of emotional payoffs keeps bursting like tiny firecrackers. The novel opens eight years after Joan's mother and lover died within weeks of each other. Now, Joan's father has sold the family farmhouse, which precipitates a breakdown in Joan's brother Denny; he abandons his successful life in Atlanta, relocates to a cemetery in his hometown and occupies himself with odd jobs and random women. This drama, which is central to the book's first half, is never really believable; similarly, Joan and Marshall's bond feels cutely idealized at first, and, later, unjustifiably shattered. Warlick exploits ambiguity, which can leave the reader feeling simultaneously manipulated and baffled. Yet her sentences are often bewitching. Casual gestures have a way of blooming into miniature portraits, as when Marshall looks at Joan: "He smiles, but it's like he's smiling from years away inside himself and it will take my lifetime for that smile to mean anything to me."