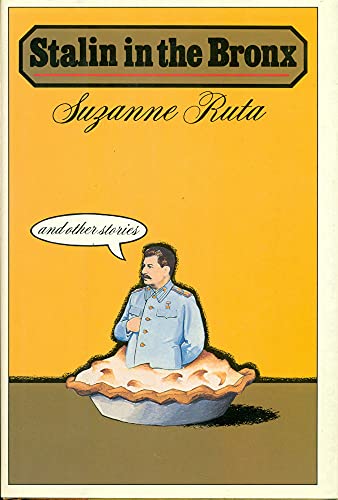 Stalin in the Bronx, and Other Stories

Did Joseph Stalin visit the United States in 1936, stopping briefly in the Bronx for a friendly chat over lemon meringue pie? In the title story of this marvelous debut collection, the narrator is taken aback when her aging motherwho, in the 1930s, had belonged to a left-leaning, intellectual, New York setcarelessly mentions serving dessert to the Soviet dictator on a summer evening 50 years earlier. Unnerved by the haphazard discovery of a crucial international event that has been omitted from our history books, the narrator presumes some kind of universal cover-up. Consumed by frantic suppositions, she wonders: Did Stalin, an ungracious guest, offend her father's hospitality and thus inspire his conversation to extreme anti-Stalinism later in life? Was her mother's account of the evening's events skewed because it was hard to eavesdrop over the sound of water running in the kitchen sink? As in the other engaging tales here, readers are left to draw their own conclusions. Many of Ruta's stories are set in Latin America, against a background of suffering and social upheaval. Wry and slightly bitter, they are marked by cutting political observations and warm humor. Her prose is compact and luxuriously textured, replete with fully drawn characters and memorable images. (November 10)
close
Details