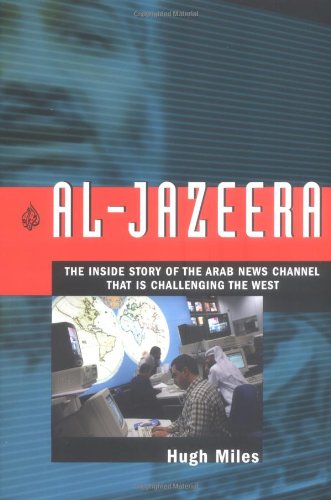 AL-JAZEERA: The Inside Story of the Arab News Channel That Is Challenging the West

After monitoring the Arab news station Al-Jazeera for the Australian news service Sky News during the American invasion of Iraq, journalist Miles decided to delve deeper into its workings. The result is a detailed, absorbing look at the organization, the world it covers and the international media. Since its inception in 1996, Al-Jazeera has been broadcast from Qatar, the tiny yet incredibly wealthy emirate situated on the Saudi Arabian coast and across the Gulf from Iran, "like a mouse sharing a cage with two rattlesnakes." In describing Al-Jazeera's rise, Miles illuminates the shaky balance the channel has attempted to strike between Arab thought and Western influences, and shows how it has become embroiled in internal conflicts and global scrutiny about what's appropriate for a news broadcast (e.g., American media outlets fumed over its initial airing of bin Laden's videotapes, but then followed suit). Miles contrasts these struggles with those of other influential TV news outlets, showing how Al-Jazeera is similar to CNN and the BBC (with its news scrolls, dramatic music and global coverage), yet still unique.