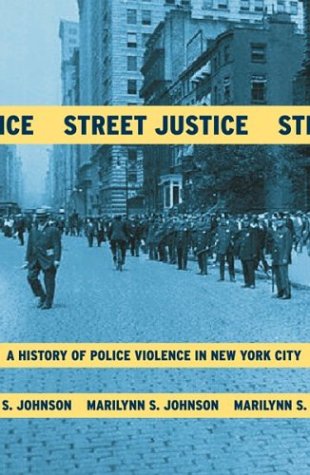 This fascinating, highly detailed historical survey, beginning with the NYPD's founding in 1845, reads like a true crime page-turner. Covering the horrifying examples of brutality from "clubbing" in the late 19th century—"the routine bludgeoning of citizens by patrolmen armed with nightsticks or blackjacks,"—to the backroom torture of Haitian immigrant Abner Louima in 1997, as well as reviewing the numerous citizen and governmental attempts to curb police violence, Johnson ( ) definitively supports her main argument: "Police brutality is not a timeless, static phenomenon, nor has there been a linear progression toward more professional, less violent police behavior." Throughout, she provides a sensitive and insightful look at the range of social, political and economic changes that have affected how police brutality has been repeatedly redefined, and she illuminates key historic eras, such as her explanation of how the common abuse of Jews and African-Americans in the 1910s "laid the groundwork for the black-Jewish alliance" of the '30s and '40s. She also deftly provides numerous explanations of interesting facts related to police behavior, such as how the interrogation term "the third degree" was derived from the grueling initiation rites of 19th-century Freemasonry.