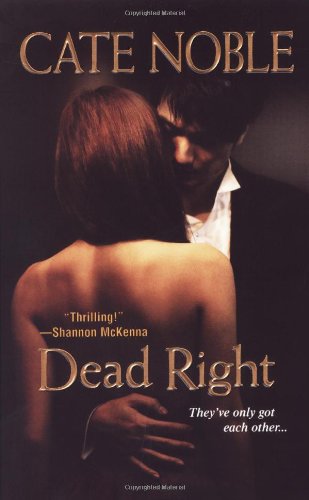 Noble's impressive romantic thriller debut introduces hot CIA operative Dante Johnson in the first of a steamy new series. Dante almost rots in a Thailand prison after a fatal ambush in Cambodia that took the lives of two fellow agents. He blames his former lover, contract agent Catalina Dion, now presumed dead. Finally rescued, Dante heads for Key West to recharge, but then he smells Cat's signature fragrance, answers a public pay phone by his boat and triggers an explosion. Soon he learns that Cat is really in hiding from a Russian scientist who blames Dante and Cat for the accident that killed his family, and she needs Dante's help to survive. Vengeance quickly turns into romance. Noble spiffs up the standard hearts and bullets format with plenty of action in all senses of the word.