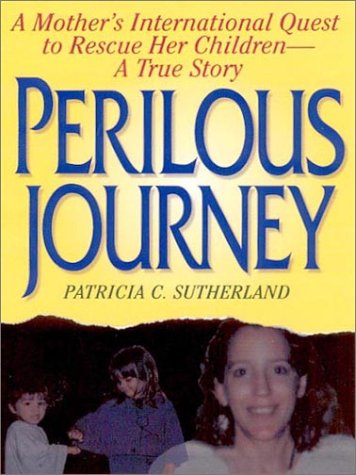 Sutherland now lives on Lake Michigan with her two children, but a decade ago, her life was dramatically different. Traveling through Asia in 1989, the 28-year-old Sutherland met a Malaysian of royal descent; after a whirlwind courtship, she converted to Islam and they married. Living at the prince's South China Sea island resort, they had a son and a daughter, but Sutherland was disturbed by her husband's gun, alcohol abuse, infidelities and lies. Fearing his irrational rages ("Mahmood claims it's sometimes necessary to scare and/or beat the shit out of people to get things done") and his link with a Muslim extremist group, she contemplated ending the marriage; he retaliated by seizing the children's passports and making threats on her life, telling her to leave the country. Back in the U.S. without her children, she became involved in a custody battle that stretched on for years. Sutherland reconstructs these events with vivid, detailed descriptive passages, some drawn from her diaries and letters, communicating her early joy, "frayed emotions," confusion, despair and determination as she traveled back and forth between Malaysia and the U.S.: "I began a frenzied quest to organize and fund the children's rescue." Despite an ineffectual and murky cover design, the strong suspense will intrigue readers.