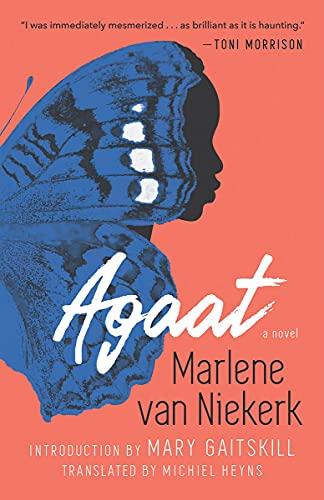 Van Niekerk follows the widely lauded with a dark, innovative epic that trudges through the depths of a South African farmwife's soul. In 1947, Milla Redelinghuys is determined to turn her wealthy new husband, Jak, into the latest salt-of-the-earth farmer in her family's line. But her demands and manipulative personality cause an early marital rift that only worsens with time. As Van Niekerk follows young Milla through the decades, the author parallels it with the last days of an elderly Milla in 1996—miserable, afflicted with ALS, and reliant on her black maid, Agaat, for survival. Slowly, Milla's story—her abandonment and her masochistic relationship with Agaat—is revealed in all its ugliness. Clearly an allegory for race relations in South Africa, the novel succeeds on numerous other grounds: a rich evocation of family dynamics ; a chilling portrait of bodily and mental decay; and a successful experiment in combining diaries, the second-person, and stream of consciousness. Van Niekerk marshals it all to evoke the resigned mind of a dying woman who realizes, too late, the horrible mistakes that have made her life a waste.