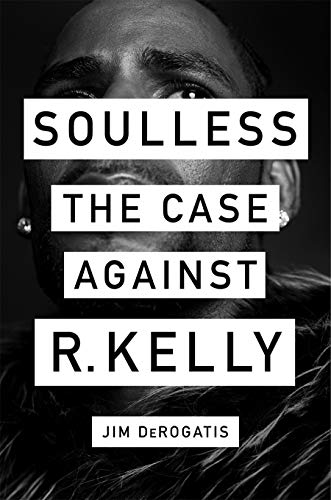 Soulless: The Case Against R. Kelly

Singer R. Kelly’s alleged relationships with underage girls are examined in this exhaustive exposé by former Chicago Sun-Times journalist DeRogatis (Let It Blurt). DeRogatis spent nearly two decades interviewing Kelly’s family members and former business associates, law enforcement officials, and many of the singer’s alleged victims, and here he chronicles how Kelly, born into a poor, sexually dysfunctional family and virtually illiterate, rose to be one of his generation’s most successful pop music stars. He also allegedly had a series of sexual encounters with minors. Without getting bogged down in minutiae, DeRogatis covers Kelly’s annulled marriage to the young singer Aaliyah, an unsuccessful 2008 child pornography case against him, and the numerous allegations of Kelly holding several women against their will in cultlike fashion, paying them off with out-of-court settlements that required signing nondisclosure agreements. Throughout this riveting story, DeRogatis keeps a sympathetic focus on Kelly’s accusers: “It must feel liberating for these women, after years of keeping their hurt feelings bottled up, to finally have the support of a sympathetic audience,” he writes. In addition, he extends the blame for Kelly’s misbehavior to “the employees of record labels, recording studios, radio stations, video outlets, magazines, websites, and newspapers.” DeRogatis captivates in this expertly told narrative. (June)
close
Details