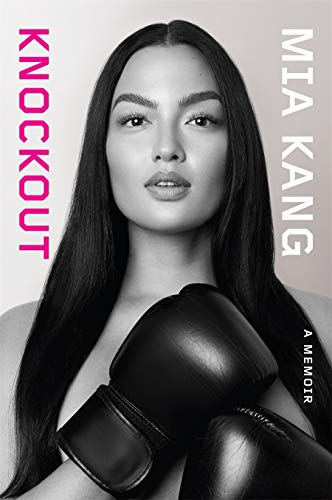 Fashion model and muay Thai fighter Kang retraces her reckless path to self-love in this brave memoir confronting past abusers—most notably herself. Growing up in Hong Kong as the daughter of a distant and hard-drinking mother, Kang found solace in her older siblings, Teenage Mutant Ninja Turtles, and food. When faced with fat-shaming bullies, her defense was self-deprivation. At 13, she dangerously cut a third of her body weight in four months and was rewarded with a modeling career. So began a period of extremely disordered eating, drug abuse, morbid anxiety, body dysmorphia, and an obsession with “thigh gaps and protruding collarbones.” Cigarettes, laxatives, coke binges, and “ana and mia” (anorexia and bulimia) blogs pushed her through modeling campaigns and grad school. Exhausted after fasting for yet another shoot, she booked herself a vacation in Thailand, where she happened upon a muay Thai gym and emerged with new goals: health, strength, sobriety. “I learned how to feed myself at twenty-seven years old.... Eating like other humans and it was super weird—I had only seen that in movies.” The epilogue—a letter to her younger self—suggests an escape route for readers stuck in abusive cycles. This is a tough, triumphant memoir. Agent: Meg Thompson, Thompson Literary Agency. [em](Oct.) [/em]

This review has been updated for clarity regarding the circumstances of the author's childhood.