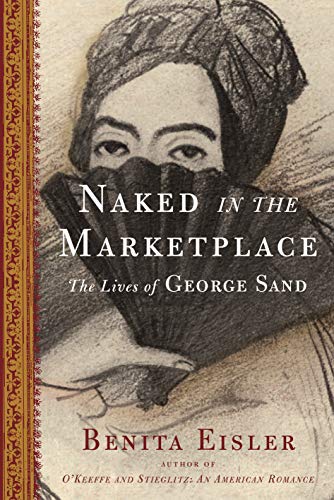 Naked in the Marketplace: The Lives of George Sand

For all her notorious affairs with men, Sand's passionate and unrequited attachment to her mother is the real love story of her life," writes noted literary biographer Eisler ( ) in her bustling study of the great French Romantic writer's love life. Capturing the complexity of George Sand's relationship with her adored but largely absent working-class mother, Eisler analyzes the writer's various attitudes to class in light of her childhood, as she rapidly narrates Sand's remarkable transformation from rebellious young wife and mother to cross-dressing, controversial Parisian literary star. Treating Sand's autobiography with skepticism, Eisler emphasizes how Sand (1804–1876) also caused strife for others in her turbulent emotional life. Eisler authoritatively sketches the themes and philosophical preoccupations of Sand's novels in an age of revolutionary ferment, but places Sand's affairs center stage: from Alfred de Musset's "romantic passion run amok" to her political education by radical lawyer Michel de Bourges, and her long relationship with Chopin. Eisler's Sand is doomed to act out the insecurities of her childhood in an ugly, punitive relationship with her own daughter, Solange. As Eisler comments, referring to Sand by her real name, "It was Aurore, the motherless child, who was both the cause and victim of much of George's confusion and suffering."