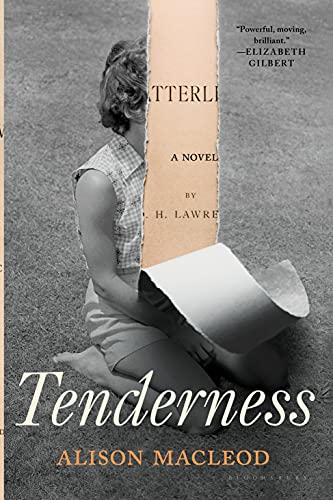 MacLeod (All the Beloved Ghosts) pulls off a magnificent nonlinear spin on Lady Chatterley’s Lover and the censorship of literature during D.H. Lawrence’s life and beyond. Lawrence first glimpses Rosalind Baynes, the inspiration for Constance Chatterley, in 1915 Sussex. After he and his wife, Frieda, leave England—which has seized and destroyed all copies of The Rainbow—a few years later, Lawrence has a rapturous three-week liaison with Rosalind near Florence in 1920. He chooses not to leave Frieda, and infuses the charged sexuality of his bond with Rosalind—along with his frustration with his dead marriage and England’s hypocrisy, imperialism, and class divisions—into Lady Chatterley’s Lover, completed in 1928 and deemed much too explicit for commercial publication. In 1959, Jackie Kennedy, an admirer of the book and, like Constance Chatterley, a lonely wife, surreptitiously attends a hearing convened by the General Post Office of New York City to determine the legality of a new, unexpurgated edition. Soon thereafter, the British Crown decides to prosecute Penguin for its own uncut edition of the novel, and Rosalind watches from the balcony, while Jackie, back in the U.S., contemplates her future as the election unfolds. MacLeod covers an astonishingly broad range of incidents, eras, and themes in vivid prose, and depicts Lawrence’s supporters and opponents with equal insight and sympathy. Her Lawrence, meanwhile, muses that a good book “sent life sparking from stranger to stranger, across spaces, decades and centuries... over rows of typographical marks; those low boundary fences of the imagination, hurdled.” A triumphant demonstration of that power, this places MacLeod among the best of contemporary novelists. (Sept.)
close
Details