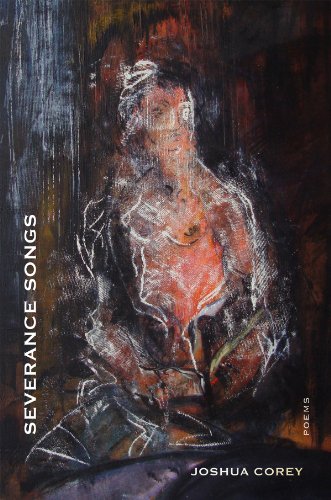 Gorgeous, almost insistently allusive, and only infrequently overelaborate, the third collection from Corey (Selah) either is, or is like, a sonnet sequence: untitled poems of 14 lines%E2%80%94some rhymed, some splayed all over a free verse page%E2%80%94address love consummated, love lost, America in wartime, an economy in decline, and a series of suburban and rural scenes. One page begins, "Mournful red in a catgut field, a clarinet/ sustained. The illusion of illumination// from the coreless core of leaves." After presenting his failures, his punctured allusions, Corey delves into what seems to be domestic love: "Yours the face aglow in the cold,/ precarious thriver in the song-stung dark." Outside things look bad, though: Corey stares up at "the phone lines, almost black, tennis shoes/ strung by their laces, kicking carotid arteries%E2%80%94// kerplang, pow." It is a poetry full of action, but more often devoted to the history of poetry itself: altered quotations from Shakespeare, from John Ashbery ("This poem is the war on a very plain level"), from Wallace Stevens, and others spackle the gleaming surfaces of Corey's work. The variety, not just in topic but in kinds of line, tone, angle of vision, sets his work apart. (May)
close
Details