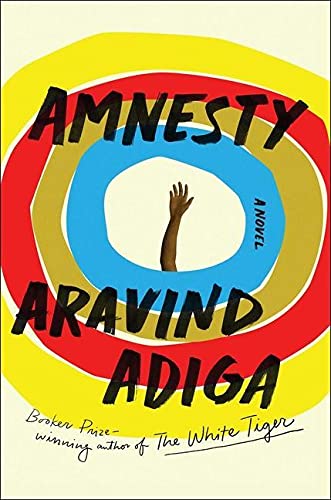 Adiga (The White Tiger) briskly captures an undocumented immigrant’s moral dilemma over whether to help the police solve a murder or remain under the radar in this engrossing tale. After leaving Sri Lanka to attend college in Sydney, Dhananjaya “Danny” Rajaratnam quits school, loses his student visa, and fails to gain refugee status, but he stays in Australia out of fear for his safety back home, where he was misidentified as a Tamil terrorist. He sleeps in a grocery storeroom and earns cash cleaning homes and doing odd jobs. For four years he escapes notice by authorities; even his leftist Vietnamese girlfriend, Sonja, doesn’t know he’s in the country illegally. After one of his clients—Indian-born Radha Thomas—is murdered, Danny deduces that her murderer is her lover, a violent man nicknamed the Doctor. Danny knows Radha and the Doctor frequented the creek where Radha’s body was discovered, and that the Doctor owned a jacket resembling the one wrapped around the body. Adiga recounts Danny’s thoughts, memories, doubts, and hesitation as well as his aborted phone calls with police and ominous contacts with the Doctor, all within a single day. With nuance and vivid faced by a range of Asian Australians while highlighting the dangers faced by the Tamils of Sri Lanka. Adiga’s enthralling depiction of one immigrant’s tough situation humanizes a complex and controversial global dilemma. [em](Feb.) [/em]