In Jessie Greengrass’s quietly devastating new novel, The High House, two half siblings eke out their survival after an environmental catastrophe in the near future. After their parents drown in a storm, 18-year-old Caro and her toddler half-brother, Pauly, trek to a family house on high ground in Suffolk, England, where they discover Sally, a young woman hired by Pauly’s climate scientist mother as a caretaker, and Sally’s grandfather, who remembers the last major flood in the area when he was a child. As Caro battles incapacitating grief and Sally grapples with the survival plan bestowed upon them, the world continues to disintegrate. Throughout, the characters’ gradual reckoning with their existence and the fate of the planet is made heartbreaking through Greengrass’s stunning prose. Painful and beautiful, this is not to be missed.

I started reading postapocalyptic fiction in my teens, somewhere between my Herman Hesse phase and my Russian phase, collectively known as the Billy No-Mates Years. It was the mid-90s. Thatcher was a memory and the Berlin Wall was half a decade down. The IRA was on the verge of declaring a ceasefire. Hope was a marketable commodity and it seemed that progress was irreversible. Things could only get better. As I read my way though the nuclear fables of the ’50s and ’60s it seemed like I was looking through a window onto a world we’d superseded, and I found it both fascinating and horrifying that people had managed to exist alongside so much anxiety, so much existential dread. That’s the paradox of imagined apocalypses, of course—they’re always more about the present than the future. No wonder, then, that we should be seeing an upswing in the genre now. 1. On the Beach by Nevil Shute

Every summer as a child I went to my grandparent’s house and was allowed free range of the books. My grandfather’s were the shelves of an autodidact—he read me the Anglo-Saxon Chronicles at bedtime and closed all the curtains on sunny afternoons so we could watch the Ring Cycle on VHS. My nanny’s, by contrast, were the stuff of holiday dreams. Shelves of Agatha Christie and Ngaio Marsh, John Grishams in glossy hardback—I spent days lying in the garden, working my way through pages and pages of glorious escapism until, sandwiched between Requiem for a Wren and A Town Like Alice, I came across Shute’s On the Beach and scared myself witless. Years later I woke up in the night to find an adaptation of it on the radio and was once again transfixed by the horror of its central idea: a nuclear event in the northern hemisphere has left the citizens of Australia waiting, powerless, for the fallout cloud to reach them. 2.The Death of Grass by John Christopher

A novel virus decimates East Asian rice crops, leading to widespread famine. Before long, the virus mutates to infect all other grasses—including wheat, barley, rye—and spreads across any part of the planet it can reach. In England, Jon Custance attempts to get his family out of London and to a possible haven in Wales as, around him, anarchy descends. Written in 1958, The Death of Grass can’t possibly have seemed more relevant then than it does now. 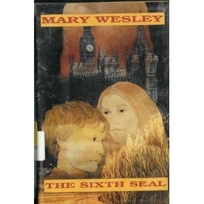 3. The Sixth Seal by Mary Wesley

Before Mary Westley found late literary fame with The Camomile Lawn she wrote two deeply strange children’s novels, both sadly neglected. This is, by a hair’s breadth, the weirdest of them. A woman, her son, and her son’s friend camp in an old well overnight and, in the morning, emerge to find that everyone else has evaporated, leaving behind nothing but hair and the odd set of false teeth. What follows is a story as much about grief as anything else. I’ve read it upwards of a dozen times and always feel as though I’m on the edge of understanding it, but I never quite have. 4. The Day of the Triffids by John Wyndham

Less a recommendation than a (dis)honourable mention. Much of Wyndham’s novel has aged badly, particularly the rampant ableism and the suggestion that the future is a baby farm on the Isle of Wight, but I can still remember reading it for the first time, and the chill I got from its description of a world that has become unsafe overnight. The mass blindness and the killer plants are really all MacGuffin—what Wyndham demonstrates is that the nature of the apocalypse isn’t important at all; the horror is in the familiar made threat. Not only one of the great postapocalyptic novels, but also one of the best novels of the late 20th century, Hoban’s book is nothing short of extraordinary. Set in a far future version of Kent, written in an English which is yet to exist, it is haunting, beautiful, and deeply sad, a single-author myth of loss and the shame of losing. Any attempt to summarise it is doomed to failure, but anyone who hasn’t read it, should.

Out in the North Sea, alone besides each other, two men inhabit a vast wind farm. Nominally, their job is to maintain it, but much of it is now beyond repair. Perhaps they have been forgotten about. Perhaps no one needs the turbines any more. The suspicion that back on the shore, something has crumbled is omnipresent but never fleshed out. Whatever might be going on elsewhere, though, the two men have nowhere else to go, and no way of getting there. They spend their time fishing for rubbish and fermenting alcohol. This is the end point of capitalism as imagined by Beckett. 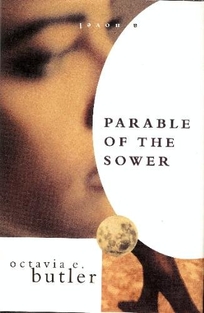 6. Parable of the Sower by Octavia E. Butler

Butler’s novel is set in 2024, and this date’s proximity to ours does nothing to ameliorate the sense that it’s becoming more relevant as time passes. In a failed state version of America, water is scarce and safety the preserve of the rich; for the overwhelming majority, survival is a matter of choosing between wage slavery, scavenging, and, for the very poorest, cannibalism. Despite this it’s a profoundly hopeful book, centred on the transformative power of care. Travelling north from California in search of relative safety its young narrator, Lauren Olamina, grasps her way towards a new philosophy, and, as she does so, gathers around her a small band of followers who find solace in their companionship. 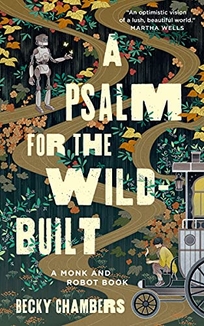 8. A Psalm for the Wild-built by Becky Chambers

The premise for Chambers’s novella is simple, but feels oddly radical: imagine that, after screwing everything up, we learnt from our mistakes, and built a better world. What if we all tried hard to be kind? A Psalm for the Wild-built is ingenious and charming—a salve in a dark year. 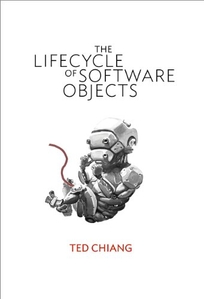 9. The Lifecycle of Software Objects by Ted Chiang

I can think of few writers as capable as Chiang of exploring both the practical and emotional implications of a hypothesis. His stories are fully fleshed-out, beautifully rendered thought experiments in the ethics of technology, deeply perceptive and empathetic. In The Lifecycle of Software Objects he reminds us that not all apocalypses are human ones. A company creates a marketable line of intelligent virtual pets. Their owners are invited to raise them, socialise them, teach them to speak; but eventually the pets are superseded by newer models, and then by other forms of entertainment all together. At last, the platform they run on, now obsolete, is due to be turned off. A haunting parable of humanity’s lack of compassion for what no longer interests us.