Journalist Katie Hafner’s marvelous fiction debut, The Boys, centers on a socially awkward man’s neuroses about fatherhood. While working as the chief technology officer at a startup in Philadelphia, Ethan meets Barb, a University of Pennsylvania grad student, and the two soon marry. After discovering that Ethan is sterile, they decide to foster two young boys, but when the Covid-19 pandemic hits and Ethan develops an overbearing attachment to them, his relationship with Barb disintegrates. She leaves him and he takes the boys on a bike trip to Italy, where a jaw-dropping twist ensues. Starting out as a lighthearted romance before taking an unsettling turn, this upsets expectations in the best way.

One of the funniest scenes in the history of cinema occurs in Nora Ephron’s Sleepless in Seattle, when Suzy (Rita Wilson) grows weepy with sentiment as she describes the end of An Affair to Remember to her brother (Tom Hanks) and husband (Victor Garber). The two men roll their eyes, then Hanks pipes up. “I cried at the end of The Dirty Dozen,” he says. “Jim Brown is throwing these hand grenades down these air shafts.” Hanks starts choking up. “And Richard Jaeckel and Lee Marvin are sitting on top of this armored personnel carrier, parachuting down behind the Nazi line.” By now both men are fake crying.

That pretty much sums up what I thought was the emotional capacity of men for literature (or, in this case, film). How wrong I was. Since The Boys was published, I’ve been getting a steady stream of emails from men who want to report the deep impact the book had on them. Many are in their 60s, in the midst of reckoning with their lives. Others, much younger, tell me they related to the book’s main character, who’s in his 30s. Few just say, “Great story.” They go on at far greater length than do any of the women I hear from. There’s a church scene, in particular, that seems to resonate with a special poignancy, even for men who tell me they aren’t religious. One told me he sobbed. For real.

All of which put me in mind of books through the years that men love. In no particular order, here are 10 books that feed and fray men’s souls. 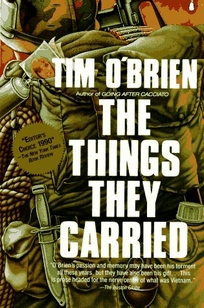 1. The Things They Carried by Tim O'Brien

This meditation on war and imagination tells the often wrenching, always evocative story of Alpha Company in Vietnam, among whose members is O’Brien himself. My favorite parts are less about the war itself and more about tricks of memory and the interplay of fact and fiction. As one male friend of mine who loves this book put it, "emotional truth trumps factual truth in this story of barely beyond adolescence during the Vietnam War." It can be a tough read at times, so graphic are the descriptions of wartime killing. But the payoff is huge. 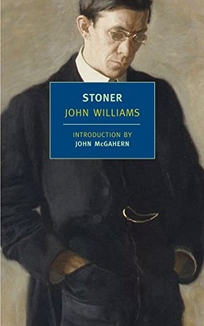 “Here’s one I’m sure you’ve never heard of,” wrote one friend. Actually, Stoner is one of my all-time favorite novels. William Stoner is the son of undereducated, dirt-poor farmers who goes off to college in 1910 to study agriculture but falls head over heels for literature when he encounters Shakespeare’s Sonnet 73. The book follows Stoner through two world wars and a series of profound disappointments in life. As relentlessly sad as this story is, there is hope in Stoner’s persistent striving to be good. 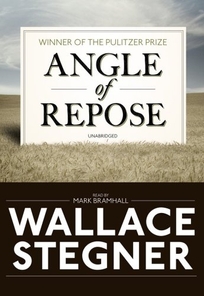 3. Angle of Repose by Wallace Stegner

For years I adored everything about this 1971 novel: the love story; the raw depiction of the American West; the elemental struggles. This, no doubt, is why so many men love it, too. In solidarity with Mary Foote, the woman from whom Stegner apparently stole entire swaths of prose, I recently banished this tome from my shelf. Still, I understand its enduring appeal: Stegner’s leaps of the imagination into the troubled marriage of Susan and Oliver Ward; their confrontations with the frontier and its perilous terrain; the American dream turned rancid, then tragic. 4. The Power of One by Bryce Courtenay

No, not the self-help book by the same title, but Courtenay’s dazzling story of Peekay, a young South African boy sent to boarding school in the 1930s. Peekay embarks on an epic journey through a land of tribal superstition and modern prejudice, while learning, along the way, the power of words, the power to transform lives, and the power of one. The book contains all the classic Greek elements: protagonist, antagonist, and the odyssey itself. 5. The Chronicles of Narnia by C. S. Lewis

Faith, Grace, and Redemption are among the great Christian themes in the seven books of The Chronicles of Narnia. Told in fairytale form that borders on science fiction, the series reveals truths (without, mind you, a single open reference to Christ) that are profound. One male friend wrote these beautiful lines to me: “The last paragraphs of the last book are about the England inside the heart of England— there was something magical about that pristine vision that gave one hope.” This novel captures obsessive love in a way that is at once very real and truly frightening. It centers on an adolescent relationship that ends in tragedy. I read it when I was 16 and remain haunted by the ending. As one male admirer of the book suggested, the enduring lesson is this: “If there is a small probability that your actions will result in a very bad outcome, rethink.” A bonus: It’s the sexiest sex book ever, at least from a 16-year-old’s point of view. 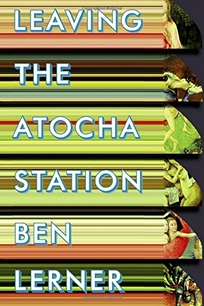 This book, a young friend tells me, “perfectly tapped into so many of my internal monologues and my worries.” It’s a coming-of-age novel about a young American poet spending a fellowship year in Madrid. The protagonist, such as he is, seeks to reconcile social, romantic, familial, personal, and professional expectations. It’s also a story about the peculiar type of modern, existential anxiety that so many young men feel these days. Ever self-critical, the main character feels like an imposter wherever he goes; his self-esteem and -image are, to his mind, always on the verge of crumbling. It’s also a book about love, and the excruciating paradox of wanting to be vulnerable and honest to another person, but without understanding how to create such a relationship. 8. The Nickel Boys by Colson Whitehead

An emotionally devastating story of boys in a “reform school” (a euphemism at best) in Florida in the early 1960s. It’s based on a real place and the beatings, torture, and suspicious deaths that took place there. This wrenching book, all of whose characters are men, is a searing reminder that not even our past is past. 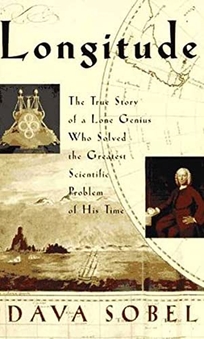 9. Longitude: The True Story of a Lone Genius Who Solved the Greatest Scientific Problem of His Time by Dava Sobel

In 1995, the year this book came out, it was deemed the perfect gift for the man who has everything. Three generations of the Harrison family developed spring-driven clocks for shipboard use because pendulums didn't work. They finally won a large cash prize. At the same time, the scurrilous Astronomer Royal did everything he could to prevent them from winning because he wanted an astronomical solution to longitude navigation. One friend, a computer scientist, told me he loved this book “because the engineers win in the end.” 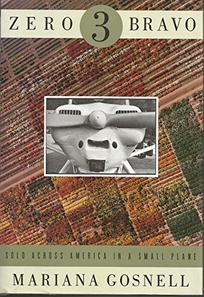 10. Zero Three Bravo: Solo Across America in a Small Plane by Mariana Gosnell

This memoir of personal reinvention through dramatic change of life has remained in the mind and heart of a male friend of mine who’s a pilot. Gosnell had learned to fly airplanes in her youth. She worked through her 40s and 50s as a prominent Newsweek science writer and reporter. While sitting in her cramped office halfway up the side of a 40-story building in Manhattan, she writes, she would “gaze out the window at a sliver of sky, a ribbon, a rivulet of blue, and think: There's a lot more out there.” So, she took a leave from work and flew a small antique plane across the country. “There are lots of books in the vein of exploring America through coast-to-coast travel,” said my friend. “This one is filled with openness, vulnerability, and optimism.”