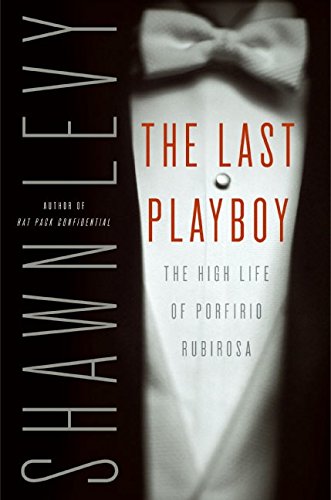 The Last Playboy: The High Life of Porfirio Rubirosa

Even readers who find the idea of a "playboy" somewhat questionable won't be able to put down Levy's biography of Porfirio Rubirosa (1909– 1965). For one thing, there's delicious gossip: the women he courted (Eartha Kitt, Zsa Zsa Gabor), the men he prowled with (Prince Aly Khan, Sinatra, the Kennedys) and the fabulously wealthy women he married (Barbara Hutton, Doris Duke). There's also the story of his infamous penis—Doris Duke described it as "six inches in circumference... much like the last foot of a Louisville Slugger baseball bat with the consistency of a not completely inflated volleyball." Plus, there's sports-car racing, polo ponies and nonstop nightclubbing. But Levy, film critic for the , goes beyond the glitz to see Rubirosa as a product of a particular time and place: dictator Trujillo's Dominican Republic. Like many Trujillo intimates, Rubirosa was well paid for his loyalty, not his labor. By the 1960s, when Rubirosa crashed his Ferrari in Paris's Bois de Boulogne, he was an anachronism—at that point, even wealthy men were trying to have careers of some sort. All Rubi knew was how to enjoy himself, so this bubbly bio is a perfect tribute. Photos.