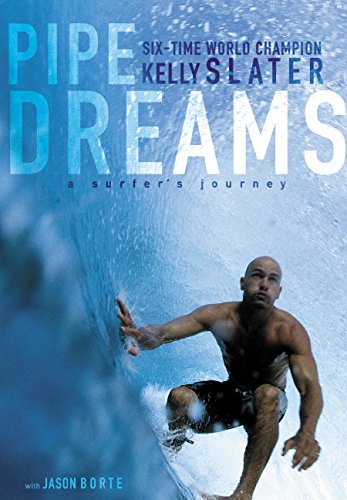 Because six-time world champion surfer Slater has been perhaps the dominant figure in the sport since the 1990s—combining "freakish freesurfing and a vision for bringing his act on the pro tour without toning it down"—it is surprising that his autobiography is so pedestrian. Slater recounts growing up with a turbulent home life in the fading Florida surf community of Cocoa Beach, winning his first world championship in 1992 at age 20 as the youngest men's champ in history, retiring in 1998 after winning his sixth world title and his recent comeback. Slater has many lively stories to tell, about his friendships with the many great surfers at the famous "Pipeline" area of Oahu, his run-ins with surfing groupies and his ill-fated role in the TV series . He has plainspoken insights into his world, such as the egos found on the world tour circuit, the change in style from long boards to the "new school" of short boards and how many great surfers "fail to grasp the system" of professional competitions well enough to reach their full potential. Unfortunately, this is a relentlessly detailed book, written in a fairly simple and direct style, describing almost every surfing competition Slater has been in since his first one when he was six years old. While Slater's many fans will enjoy reading that "[I] surfed one of the best heats of my life in the quarterfinals of the Marui Pro at Hebara Beach" in 1992, the average reader looking for insights into the world of surfing will find this book tougher going.