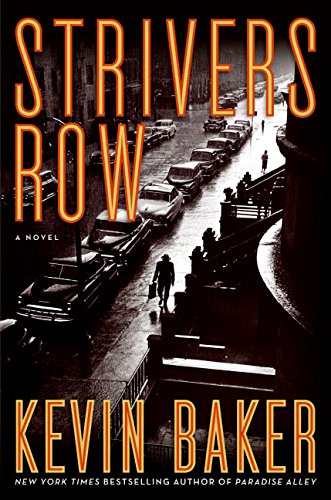 Played out against the backdrop of Harlem in 1943, this generally engaging, sometimes dense third novel from Baker (following the bestselling and ) reimagines the early days of Malcolm Little—the man who became Malcolm X. As depicted by Baker, the young Malcolm is quick-witted, eager, reckless and impulsive, but also sensitive and possessing a strong sense of justice. These qualities lead to a chance encounter in which he helps Jonah Dove (the Dove family is familiar from ), a young Harlem minister who is struggling with his own demons as the fair-skinned leader of a black church that has not truly embraced him, despite his being the only son of the church's much-beloved founder; Dove's unfolding story (including his struggles with passing) deepens Malcolm's. The book stays within what's already known about Malcolm X's early adulthood, but Baker covers the territory carefully. He also thoroughly captures the figures (Adam Clayton Powell Jr., West Indian Archie, the Collyer brothers, etc.) and micropolitical climate of wartime Harlem: munitions factories have brought jobs to the struggling community, but low wages, rationing, racial hostilities and an increasing military and police presence makes for possibly explosive combinations. When these tensions do reach the breaking point, Baker lends the resulting fray a visceral reality.