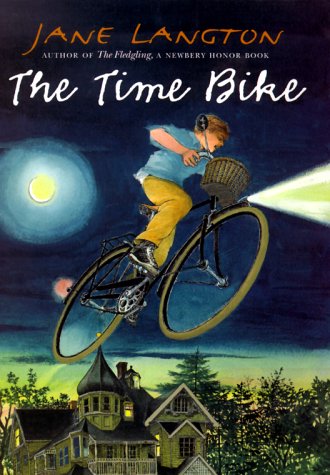 ""If my great-grandmother Ola hadn't died, I might never have known her,"" begins 10-year-old Josie in this sketchy novel about her pilgrimage into the Ozarks to attend Ola's memorial service. During Josie's journey, Stone (Girl on the Bluff) outlines the sisterly relationship between Josie and Ginny, her single mom, and upon their arrival, the jealousy Josie feels toward Ola's neighbor, Sara, a girl her age. Sara's statement that ""Miss Ola was my best friend"" piques Josie's desire to know Granny Ola even better than Sara did. Granny Ola's feisty character unfolds through stories told by her mountain neighbors and Ginny, and through the belongings strewn around Ola's rustic cabin. Oddly, aside from a passing reference to the year (1967) and a couple of outdoor berry-picking scenes, few details offer a sense of time or place. Josie gets too sick to attend the funeral, and readers may find her feverish out-of-body experience confusing (Josie meets up with the spectral Granny Ola, and they observe the memorial service together). The absent Ola proves more developed than Josie, who serves primarily as a way into the tale; this makes the novel's major theme--the similarities between Josie and Granny Ola--difficult to appreciate. Ages 9-12. (June) CHRISTMAS IN HEAVEN Carol Lynch Williams. Putnam, $16.99 (176p) ISBN 0-399-23436-5 ~ What do the grandchildren of a famous born-again preacher, two girls with a movie star mother, and a smitten gas station attendant have in common? They all live in Heaven, Fla. (pop. 6; or 10, when the movie star and her household move in). There's 12-year-old Honey, who still hasn't found the courage to ""get saved,"" despite her religious upbringing; her restless older brother, Willie-Bill; and neighbor Taylor Hiatt, who tries doggedly to win Honey's heart. Then there are the newcomers: wealthy, glamorous Miriam Season and her daughters, Christmas and Easter. As the Seasons settle into their mansion, Honey becomes fast friends with lonely, adventurous Christmas--and Willie-Bill takes up with rebellious Easter, alcoholic despite a stint at the Betty Ford Center. Williams (The True Colors of Caitlynne Jackson) uses broad, bright strokes to paint the external traits of her motley cast of teenage characters. Her expression of their inner qualities is far less vivid, however. The plot, revolving choppily around the adventures of Honey and Christmas, is initially playful in tone, but grows increasingly dark as the focus shifts from the girls' friendship to the stir created by their siblings. As the less developed characters--mostly Easter and Willie-Bill, but also Taylor--come in for a greater share of the action, the narrative loses much of its flavor and credibility. Ages 10-14. (June)
close
Details