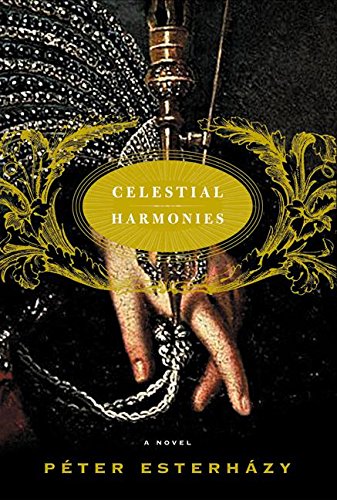 Splicing the fine-grained nostalgia of Nabokov's with the anarchic spirit of Looney Toons, Esterházy has created a vast anti-epic. The writer, whose family name holds a place in Hungarian history equivalent to that of the Churchills in British history, takes advantage of his genealogy by making numerous references to his many distinguished ancestors—the very title refers to a Haydn piece commissioned by one of the author's forefathers. Divided into two sections, the novel circles its mark with cunning and humor, lighting on strange outcroppings of family and national lore. The first section contains 371 "sentences," which are really micro to mid-range narratives, all of them about a "father," a term that constantly shifts in meaning: "It goes without saying. My father had many faces, one with a moustache, one with a double chin, one like a Cumanian, et cetera." Sometimes there is a direct reference to Esterházy's real father ("My father lost all he had, not to mention the estates, the fish ponds, the forests stretching up to Mór, the houses, the palaces, the stocks and bonds..."); sometimes the father is mythological; sometimes he is extracted from another literary text. The novel's second section relates more conventionally the struggle of the Esterházy family after 1945, when the Communists expropriated their property. Péter's father drinks, gets a job as an agricultural laborer and endures by withdrawing into an inner exile. The patient reader who perseveres through the sometimes knotty Magyar references and nods to writers like Witold Gombrowicz, James Joyce and Donald Barthelme will be rewarded with a sense of having submitted to an astonishing if exhausting outburst of creativity. This is a belated 20th-century masterpiece.