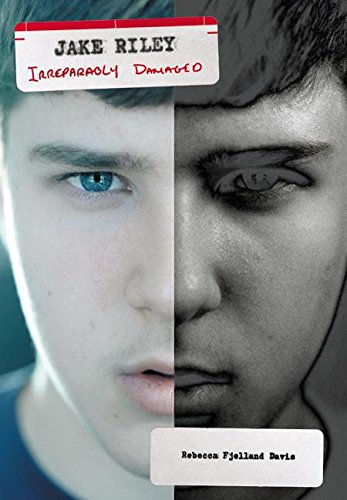 This first novel handles strong subject matter with, unfortunately, a less than sure grip. Farm girl Lainey, the narrator, is first met as she and Jake, son of Lainey's dad's temporary farmhand, are "disemboweling" fireflies; soon after, he yanks up her shirt to expose her "tits." Although she's upset—and although she knows that Jake has just been released from reform school—she still agrees to hunt raccoons with him and, later, helps him amputate a squirrel's injured leg. Readers who get past these unappetizing scenes may be frustrated to find Jake and Lainey's developing friendship periodically interrupted by disturbing behavior (e.g., he holds her down against her will). While Davis successfully creates an aura of menace around Jake, she never quite convinces readers of Lainey's ambivalent feelings, and rather too neatly transpires to keep Lainey and Jake in contact. The action gets a sensationalistic spur when Lainey one day goes to check on her baby calves in the barn—and finds Jake in their midst, groaning, his pants unzipped (the author leaves the actual details to readers' imaginations). Jake threatens to kill Lainey if she tells anyone. While Davis eventually makes interesting points about how kids get written off (the school counselor has labeled Jake "irreparably damaged" in his file) and explores Lainey's awareness of the injustices visited upon Jake, these developments come too late. It's hard to imagine an audience for this novel. Ages 14-up.