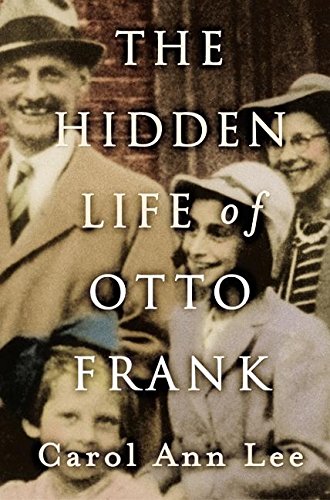 THE HIDDEN LIFE OF OTTO FRANK

Anne Frank and her family are hallowed symbols of all the lives lost in the Holocaust, but the identity of the person who revealed the "secret annex" in which they hid for two years from the Nazis has always remained a mystery. Lee () has, through vigorous, dedicated detective work, uncovered his probable identity. More important, she has uncovered a startling aspect of Otto Frank's life. According to Lee, the Franks were betrayed by Tonny (Anton) Ahlers, a young, troubled, even thuggish, Dutch youth and Nazi informer. But there is more: in 1941, Ahlers saved the Frank family from deportation, but he also began blackmailing Otto after discovering that Frank's food and spice business was selling to the German army. Ahlers's blackmail continued until Otto's death in 1980, during the years when Anne's diary became famous and Otto could not risk being seen as a war profiteer. Lee's plain but compelling reporting style suits this material, which is presented as part historical analysis and part mystery. The power of the book, however, resides in her rich, human portrait of Otto Frank, who can now be seen as more than simply "Anne's father." Lee's instinct for displaying the humanity of her subjects is best attested to by her portrayal of Tonny Ahlers, which is so engaging and frighteningly complex that readers will want to know more about him.