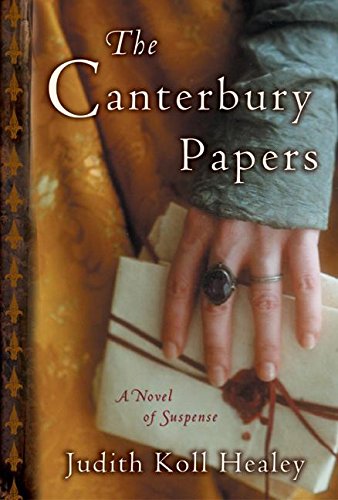 This engaging medieval suspense debut is alternately playful and sober in its exploration of the power maneuvers and backstabbing of the royal families of England and France. The story, set in the early 1200s, is narrated by Princess Alaïs Capet, a bored and somewhat bitter member of the French nobility, long passed over for both matrimony and higher status. Alaïs is approached by Queen Eleanor, who asks her to retrieve a secret and highly personal cache of letters hidden in England's Canterbury Cathedral. Eleanor won't explain the importance of the letters, but in return for salvaging them, she promises to divulge family secrets that Alaïs could use to her advantage. Alaïs, frustrated by the slow and tiresome life at the French court, agrees to run the errand, but when she reaches Canterbury, she finds not only the letters missing but a trail of dead bodies in her wake. Just as she is about to depart for home, she's abducted and taken prisoner by King John, an inept and insecure leader who views Alaïs as an important pawn in his attempts to strengthen his tenuous grip on the throne. Healey's well-researched historical drama—many of the characters and circumstances are based on real-life models—delights in poking fun at the stuffiness and misbehavior that characterized the royal families of the time. The pace may be a little too leisurely for some readers, but Alaïs's tart, wry perspective makes this age-old story fresh and absorbing.