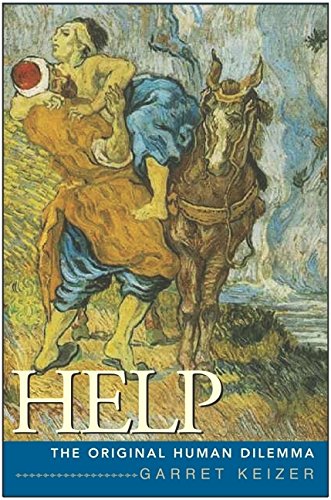 This eloquent inquiry into how humans help or do not help one another ranges widely in philosophical issues. A former Episcopal priest, Keizer ( ) offers no panaceas or programs for becoming a better or happier person. Instead, he presents well-written, irreverent and perceptive essays that examine why humans offer assistance and how that assistance is accepted. Drawing on examples from religion, literature, history and personal experience, he delves into a number of very different giving experiences. In the parable of the Good Samaritan, for example, assistance is spontaneously given, but in a limited manner that doesn't involve a long-term commitment. To illustrate how help can backfire, Keizer recalls how Norman Mailer helped to gain parole for convicted killer Jack Abbott, an aspiring writer, who, once released, went on to murder again. Keizer recounts, at length, the familiar tale of the French town of Le Chambon, which sheltered Jews from the Nazis. Many who were hidden never returned to thank their rescuers—not out of ingratitude, Keizer says, but because to revisit the town would have meant reliving a time of unspeakable horror. Keizer's provocative essays on the limits and contradictions of giving are refreshingly nonjudgmental. "Help is a part of our humanity," he concludes, but "its paradoxes define us" as well.