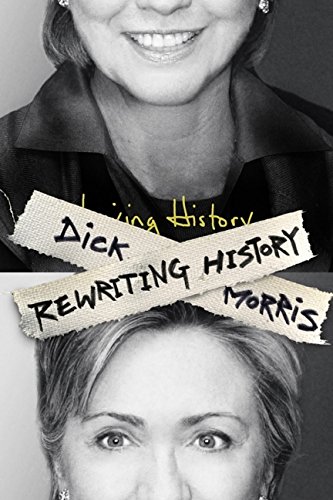 "All public figures use makeup to cover a blemish or two," admits seasoned political consultant Morris, but he charges that "only Hillary wears a mask of so many layers, one that hides her true face altogether." In his latest book, Morris ( , ) aims to unveil what he says is the real Hillary Rodham Clinton—the calculating tactician, zealous ideologue, dubious dealmaker—before she becomes president, in part by including what he alleges she left out of her bestselling memoir, which Morris dismisses as "Hillary Lite." He recasts Clinton as a political chameleon—to Morris, metaphorically characterized by her changing hairstyles—whose nefarious duplicity is rivaled only by Richard Nixons. Unlike other leaders, she has learned little from her political mistakes, Morris says, and he frets that she may not have grown adequately to take on the presidency. To support this critique, Morris covers much familiar territory: Hillary is not sufficiently thankful for the ride on Bill Clinton's political coattails; she lacks her husband's intellect, charisma and everyman appeal; she cloaks herself in phony domesticity to shield herself from criticism and scandal. He also charges that she may be anti-Semitic (she was, he says, overly concerned about accommodating kosher diets at the governor's mansion). Ostensibly a nonpartisan insider, the author's colors bleed when he praises Ronald Reagan as the president whose "joy and optimism... animated the world," or George W. Bush as "[t]he boy [who] became a man before our eyes." But while Morris's approach seems partisan, he was also close to the Clintons for many years, and here he offers a deep insider's take on the couple and on Hillary in particular that is going to raise eyebrows (for example, the astonishing list of gifts Hillary received after being elected senator, but before taking office, when Senate rules would have prohibited the acceptance of such gifts—one of many nuggets in this book not to be found in