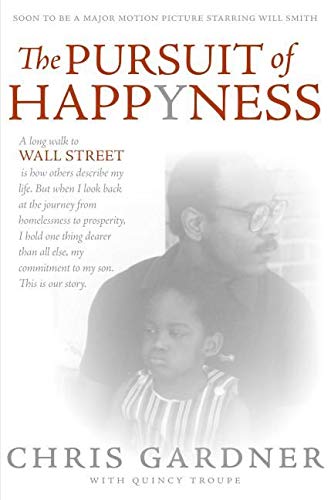 The Pursuit of Happyness: From the Mean Streets to Wall Street

Gardner chronicles his long, painful, ultimately rewarding journey from inner-city Milwaukee to the pinnacle of Wall Street. Born in 1954, he grew up like too many young blacks: poor and fatherless, with a mother strong on children and church, yet soft on men. His violent, hateful stepfather refused to accept Gardner as a stepson and thwarted him at every turn. By his own account, Gardner was a good kid who got into trouble occasionally, but stayed on a steady, upward track. After a stint in the navy, he set his sights on a medical career, but a foray into sales led him to the stock and bond market. Gardner's own weakness was women, and when one of them left him with a son, it led to a period of homelessness on the San Francisco streets. Determination and resourcefulness brought father and son not merely to safety but to the top. Gardner is honest and thorough as he solidly depicts growing up black and male in late 20th-century urban America. His story isn't especially fresh, but his voice is likable, resulting in a quality African-American/business memoir deserving a wider audience than its niche-market elements might suggest. Photos.