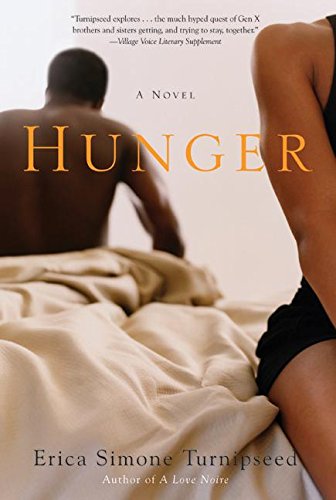 Turnipseed's well-received 2003 debut, , traced the unlikely relationship between Noire, a socially conscious doctoral candidate, and Innocent, a wealthy investment banker from Côte d'Ivoire. The author's sophomore effort revisits the same characters post-breakup and post-9/11. Back in New York after a predoctoral year in Haiti, Noire—broke, alone and still sans Ph.D. in comparative lit—grieves over the recent terrorist attack, only to be plunged further into despair by the death of her mentor, Bonita. Innocent, who has given up the hectic world of finance, is plagued by survivor's guilt and learns that a woman he slept with back in Côte d'Ivoire is pregnant, setting off a host of questions about where he belongs. Though Noire and Innocent find themselves back in each other's beds, it's a temporary fix; Noire heads for the therapist's couch, and Innocent travels to Côte d'Ivoire to care for his dangerously prematurely born daughter. Turnipseed is strong on sexual politics, but her boldness backfires with her use of 9/11, as the magnitude of that event makes Noire's angst come across as shallow self-pity. Despite that, Turnipseed writes with genuine and contagious affection for both Noire and Innocent, and she mostly succeeds in dramatizing their respective crises.