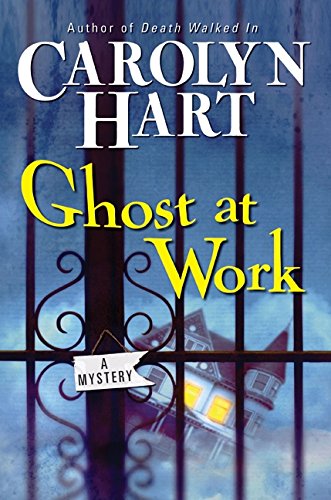 A ghost turns sleuth in the intriguing first of a new series from Hart ( ), who's won Agatha, Anthony and Macavity awards. When Bailey Ruth Raeburn and her husband die on their cabin cruiser during a storm, Bailey joins the heavenly host. Later, she returns to earth via the Rescue Express to her hometown of Adelaide, Okla., to help the rector's wife, Kathleen Abbott. After finding the body of a dead man on her back porch, Kathleen fears either she or her husband might be accused of the crime. Bailey Ruth helps her to move the body, inaugurating a search for the killer that proves difficult as the victim was despised by many. As Bailey Ruth uncovers more than one crime, she must contend with her own violations of the Precepts for Earthly Visitation and adjust to her powers on earth. Hart blends an enjoyable fantasy with realistic characters and an engrossing plot that's sure to charm even ardent materialists.